"....There is no need to strive for anything in the world, because you get pushed towards it in any case. Striving has always been nonsense. The German word "Streber" (striver – meaning swot or brown-noser) means something awful. And striving is just as awful. The world has a pull that drags you whether you like it or not, there's no need to strive. When you strive, you become a "Streber". You know what that means. It's hard to translate into another region...." TB

I plot my course

I carry my cross

"...a body needs three points of support, not in a sraight line to fix its position, so Roithamer had written..." TB

" the fact is what we say, what we write down, is ten times more foolish than what we think...." TB

" ....when we watch a person who's being killed in some mysterious way , but whose death doesn't happen right away, but only little by little, without knowing who his murderers are............" TB 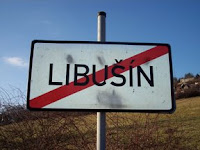 Back in English mode


I need to learn Czech